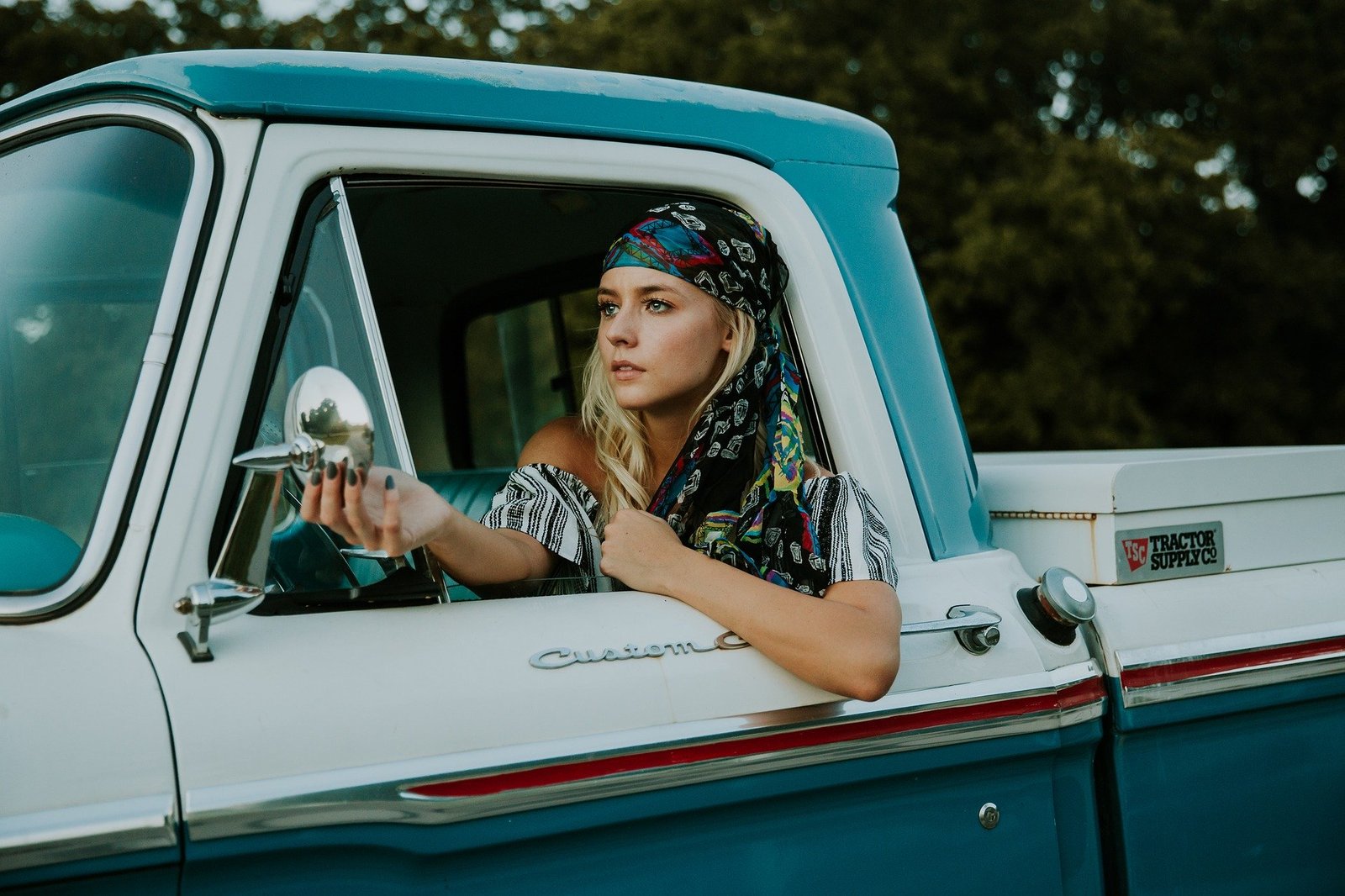 The International Driver’s Licence (IDP) is legal document that allows foreigners to drive in Canada. The IDP is valid for 1 year in most countries and can be renewed. You must have a valid driver’s license from another country to use an IDP in Canada. If you plan to use a foreign driver’s license in Canada, the first step would be to get an International Driving Permit (IDP) in your home country.

If you’re looking to drive in Canada with an International Driver’s Licence any time soon, you would want to know the requirements of your province or territory for details. See some provincial requirements below:

Foreign residents who are either students, visitors, and Seasonal Agricultural Worker Program (SWAP) foreign workers must own an IDP and their local driver’s license to drive around Alberta province.

You will be allowed a year’s permit. In the event you leave the country and return, your one-year stipulation begins again.

Permanent residents and temporary foreign workers are allowed to change their home-country-issued license to a Class 5L or Class 5 license.

Drivers permit from the United States, United Kingdom, Taiwan, Switzerland, Republic of Korea, Netherlands, Japan, Isle of Man, Germany, France, Belgium, Austria, and Australia can be swapped for a Class 5 Alberta-issued license or Class 6 –based on the country – for persons with over two years driving experience. A Class 5L license is granted to those with less experience.

Persons from countries not listed above will require to undertake a road and knowledge test. Find out more on Alberta’s official website.

Foreigners visiting British Columbia who wish to drive in Canada must come with their home country-issued driver’s license. As a visitor, you may be allowed to drive around the province for up to six months.

To get a Canadian driving license for international students, a valid license issued by their home country is required. Students are allowed to drive around throughout their study duration, albeit for full-time students only.

Foreign workers under the SWAP must tender a driver’s permit. SWAP foreign workers may drive around British Columbia for, at most, 12 months. If, for any reason, a worker leaves and returns to the country, the 12 months’ timeframe continues.

New residents in British Columbia are allowed to change the driving permit issued in their home country to a class 5 license. This class of road users may drive for up to 90 days after arrival. You may have to exchange your home-issued license before that.

Driving permits from the United States, United Kingdom, Taiwan, Switzerland, Republic of Korea, New Zealand, Netherland, Japan, Jersey, Ireland, Isle of Man, Guernsey, Germany, France, Austria, Australia can be swapped for a Class 5 – or Class 6 – license, based on the home country and for a 2-year minimum experience. Those with less than two years’ experience might take the GLP.

Countries absent from the list may need to undertake a road and knowledge test.

Previous licenses are collected on the issuance of a new British Columbia license.

Students and visitors can drive for as much as 90 days after obtaining residency. You must have exchanged your initial home license before this.

Permits from the United States, United Kingdom, Taiwan, Switzerland, Republic of Korea, Ireland, Northern Ireland, Isle of Man, Germany, France, and Austria may be exchanged with Class 5 or 6 licenses, based on the particular home country.

For countries not on the list, a road and knowledge test is required. For example, if you have an international driving permit from India, you may undertake some tests.

Before the test, you must be registered through an Autopac Agent or a Service Center Agent as a Public Insurance customer.

New Brunswick visitors must come with a valid home-country-issued license, an IDP, or a driver’s license. Visitors are allowed to drive for three months.

New residents may convert their initial permit to a New Brunswick Class 5 license. You may need to replace your license soon.

If your home country is not listed, you may need to undergo a complete driver license test, including vision, road, and knowledge test.

Visitors must come with their valid home-country-issued license. Visitors may be allowed to drive for three months. Students in Newfoundland and Labrador must come along with their driver’s permit issued by their home country.

Permits from the United States, Switzerland, Republic of Korea, Japan, Ireland, Isle of Man, Germany, France, and Austria can exchange their permit for a class 5 or Class 6 license.

If your home country is not listed, you are required to undertake complete license testing including, vision, knowledge, and road test. You will undergo the Graduated Driver’s License Program.

Visitors will require a new license – regardless of your home country. However, unlike other provinces, obtaining a new license is stress-free and fast. Visitors should discuss with the Department of Transport as soon as they arrive in Canada.

New residents may be allowed to change their initial permit to Nova Scotia’s Class 5 license.

Permits from the United States, Taiwan, Republic of Korea, Northern Ireland, Isle of Man, Germany, and Australia can be swapped with a Nova Scotia Class 5 or Class 6

If your country does not show up on the list, you may need a full-operation driver’s assessment, including vision, road, and vision tests.

Visitors who wish to drive during their stay in Nunavut will need a new driver’s license – regardless of their home country. However, the application process is relatively easy. On arrival, visit the Motor Vehicle Division for a guide on the procedures.

Visitors staying less than three months in Ontario must possess a valid home-country-issued license to drive in Ontario. If you’d be staying in Ontario for more time, you will need an IDP along with your driving license.

You will be allowed to drive for, at most, 60 days and required to replace your initial license with an Ontario-issued license. New residents can swap out your home country license for an Ontario Class 5 driver’s license. This exchange should happen within 90 days of arrival.

Licenses from the United States, Taiwan, Republic of Korea, Republic of Ireland, Northern Ireland, New Zealand, Japan, Isle of Man, Great Britain, Germany, Belgium, and Australia will need to be exchanged with a Class 5 or Class 6 license – depending on the home country.

Quebec visitors are required to own a valid license issued by their home country. Visitors can drive for, at most, six months. Visitors must own an IDP along with their driver’s license to continue driving after the initial six months.

For students, you will need a valid home country-issued license, which allows you to drive for six months. You will be required to swap out your initial license for a Quebec-issued driver’s license.

New residents will be able to swap out their home-country-issued license for a Quebec Class 5 license.

Prince Edward Island visitors who wish to drive during their stay must own a valid driver permit and an IDP – where the license is not in French or English. International students require a valid permit issued by their home country. As a student, you will be allowed to drive in Prince Edwards Island for up to 120 days.

You may need to swap out your license for one issued by Prince Edwards Island government.

SWAP foreign workers must obtain an IDP along with their home country-issued permit. Such workers are allowed to drive for up to eight months each year.

New residents may need to exchange their initial permit for a Prince Edward Island-issued Class 5 license within 120 days of arrival.

Visitors of Saskatchewan are required to own a home-country-issued license alongside an IDP, which allows them to drive for as much as 90 days. Visitors with a multiple-year visitor visa, Super Visa may qualify for a Saskatchewan license.

International students must own a home country-issued license and an IDP which allows them to drive for as long as they remain full-time students.

New residents are allowed to swap out their home-country-issued permit for a Saskatchewan Class 5 license. This allows new residents to drive for as much as 90 days after arrival.

New residents will need to request for a Yukon-issued license. To have full licensing, you may need to undergo the GDL program.