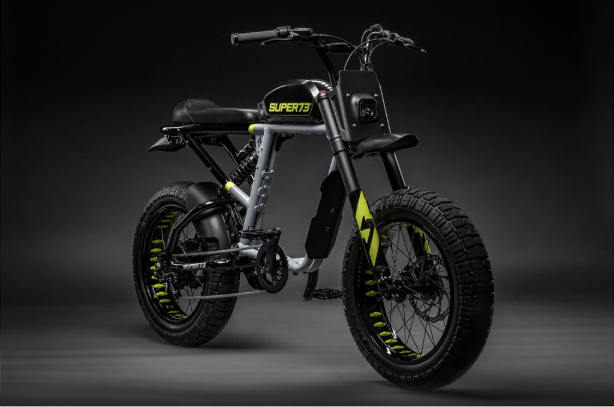 Fast, powerful, aggressive…are some apt descriptions for Lithium Cycles’ Super73 minibike. It is not one of those averagely-priced standard bikes, it is high-end stuff.  Many would argue that it gives you the bang for your buck. The Super73 was successfully funded on the crowdfunding platform, Kickstarter in 2016. Co-founder of the California company Aaron Wong and his associates only expected a sizeable donation but got more than they bargained for. We’re talking half a million in a few weeks. It was then obvious that the Super73 had made quite an impression and it was set for greater feats.

That was in 2016. It’s 2020 and we can recount how successful the Super73 Series has been. Talking about series, the Super73 now comes in 6 models – S1, S2, Z1, Z2, R, and RX. Each varies in pricing and capacity but they all have that telltale power and performance associated with the Super73 nameplate.

How much is the Super73 Worth?

The Super73 is a bit pricy but it packs a good amount of components that are worth the money. Most other similarly priced e-bikes, and even those on a higher scale, don’t offer as much like the Super73.

The lowest price for a Super73 is double the full price of many other e-bikes. Also, at this price, the Super73 costs significantly less than many electric bicycles that offer even less performance.

Features of the Super73 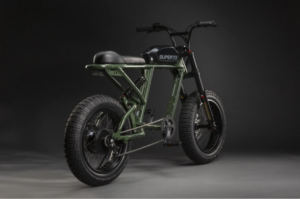 The R-series is by far the brand’s most advanced range of electric bikes. It packs more punch than the mid-range mid-priced S-series. This new generation comes with an electronics suite that can connect to Andriod and iOS devices. It is facilitated by the Super73 mobile app. This technology equals the infotainment system of most modern cars. If cars can do it, why not e-bikes?

The R-series has 4 drive modes. Two of which are programmed for pedal assist only (class 1 and 3), Class 2 allows for throttle use and pedal assist, while the 4th class is dedicated to the motor without pedal assist. The Class 1 pedal assist can go as far as 20mph, while the class 3 allows up to 28mph. Throttle only reaches speeds higher than 20mph with up to 2000 watts of power. 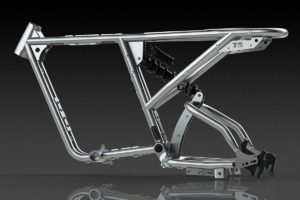 The body frame of the R-series is made of aluminium. It is lighter than steel but more rigid. More notable is the fact that it is rust- and corrosion-resistant.

The R-series comes with a powerful motor that enables the bike to reach speeds higher than 28mph, thanks to the 2000 watts of power motor max. The battery also packs enough energy to power the bike for many miles. The 960W battery charges in 3-4 hours using the Super73 fast charger, and 4-5 hours when plugged to a wall socket. The battery is detachable too. You can leave the bike parked outside while the battery charges inside.

The BDGR tires on the R-series is a significant improvement from the S-series 20″ tire. Though the same 20″ size, this 5″ wide tire is even more aggressive, providing more traction and stability on the road. It’s also called an all-terrain tire.

Using the Super73 app, riders can connect via Bluetooth to the bike. The R-series has an LCD that shows any activity the rider opts for. Riders can find routes to their destination, for instance, by keying in their destination on the app, the directions are then shown on both the phone and the smart display. The R-series is also designed to automatically get over-the-air updates. This ensures that the system is up-to-date and operates optimally.

The R-series is fitted with more effective hydraulic brakes that require less pressure for brake efficiency. Mechanical disc brakes can’t be compared to the hydraulic braking system. Both bikes in the series have a front inverted coil spring fork suspension. While the 73-R has only a rear Collover mono shock – adjustable preload and rebound damping, the 73-RX comes with the same mono-shock, with air assist.

The 73-RX has a Roxim R3E Elite, 600 Lumen LED – very bright and useful at night. Its taillight is a Roxm R3E LED with brake light. Both bikes have an optional IoT module. This piece of software is useful for anti-theft, crash detection, and geo-tracking. 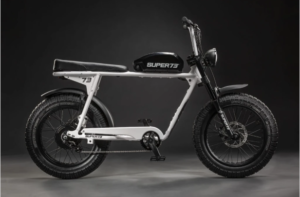 The S-series is a “rugged utility urban cruiser.” It has an aggressive design and a potpourri of endearing components. Some of the features include:

The S1 battery is 696 watts, while S2 is a has a 960-watt capacity. Both batteries are detachable like the R-series. It can be taken anywhere for a charge and replaced.

this is something the R-series doesn’t have. This component will appeal more to people who consistently have to carry items from one place to another. It helps to know that the cargo space is enough to carry bags and other items. The seat can also be extended to accommodate more items and there are options for accessories too.

While the S2 comes with an aircraft-grade aluminium frame, the S1 is made of steel. Recall that aluminium performs better and resists rust and corrosion. Another difference is, aluminium is lighter than steel. So the S1 with a steel frame is heavier than the S2 with aluminium. This may not be a deal-breaker as one may not notice it until there is cause to carry the steel bike… from one position to another. 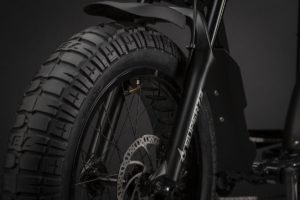 Here again, there is a disparity between the two bikes. The S2 comes with a standard adjustable preload, compression, and rebounding damping suspension fork but this component is optional on the S1. It means you’d have to get it as additional equipment, which is an additional cost. 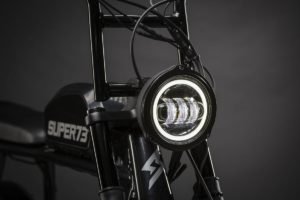 The 73-S1 comes with a standard bright LED headlight and a rear brake light. The S2, however, has the brightest light of all 3 Super73 series. The headlight is a triple l2v halo headlight with 630 lumens. The RX is 600 lumens.

BDGR tires were first introduced to the Super73 with the S2. S1 has 20 x 4.25″ all-terrain tires. Both tires are capable of riding on-road and light-duty off-road but BDGR offers more traction and stability.

All of the smart features of the R-series are available on the Super73 S2. This includes the Super73 app, smart display, navigation, over-the-air updates, and multi-class ride modes. There is also the option for IoT. 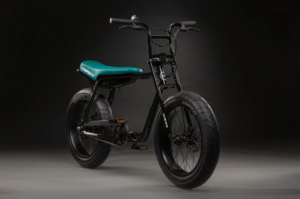 The Z-series is the lowest cadre on the Super73 lineup but it is every bit as daring and powerful as the other classes. It is simply a smaller package of the Suuper73 and this is reflected in its price. The Z-series presents an opportunity for even more people to own a Super73 bike.

The motor can supply as much as 1000 watts of peak power. The 418-watt hour battery is not removable like the other series, it is built into the seat. It has mechanical brakes and pedal-assist is not available. The Z-series bikes have a top speed cap of 20mph and operate only on the Class 2 riding mode. The tires are 20 x 4″ slick street tires, and the battery reaches full charge in 6-7 hours.

Super73 is a fantastic bike for the price. Admittedly, several bike brands are more expensive but don’t have as many quality components as the Super73. The introduction of the Z-series, in our opinion, is a genius idea. This lower-priced alternative allows more people to own a Super73 bike.

The seat on the S1 may not be as comfortable as you’d like, so it may be best to opt for the S2 or R-series. The S2 is also notable for having a standard two-up seat, which is great for riders who have passengers.

The power of the -73 motor is super, and the battery lasts long too. As for the size of the Super73, it’s relatively small…but heck! That’s why it’s called a minibike. Overall, Super73 is a masterpiece. Great design. Great performance. Great bike.

What are the Most Fuel Efficient Cars?

How to Get the Best Electric Bike