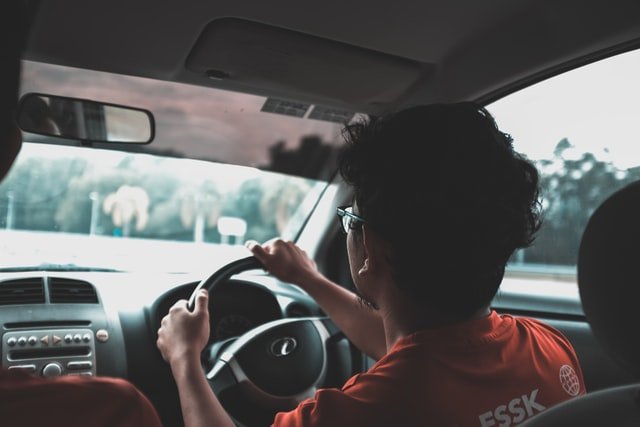 The best-used cars for first-time drivers are generally safe for use. They have good ratings by the IIHS and are more likely to protect passengers in event of a crash.

Why does safety come first? That’s simple, young drivers are inexperienced drivers. This group of road users get into more accidents and there are statistics to back this up. Although safety rating should play a major role in choosing cars for first-time drivers, other factors should be considered too.

Affordability is the next big thing. The car should be inexpensive and running costs on the low side. Then there’s reliability, comfort, appeal, and being fun to drive. With all of these in mind, we have compiled the 10 best-used cars that are perfect for young drivers. Whether you are the first-time driver here or a parent looking to buy your child a car, you will find these options very appealing.

The Honda Civic nameplate has worldwide acclaim for being durable, affordable, and a favourite to many. Through the years, the Civic has continued to remain relevant, so it doesn’t matter which model you go for, you’d get great value.

It gets great crash ratings from the IIHS and the driver assistance systems make it easier for young drivers to navigate the road safely. Its parts are easy to find and repairs are very affordable.

Like Honda, Toyota is a very popular automobile manufacturing company. Each year, their new range of cars continue to endear many to the brand.

This is because they have consistently made their cars lovable and appealing to a variety of people, young and old. The Toyota Corolla would make a great used car because it’s very durable, has great fuel economy, and the aftermarket support is unbelievable.

The Corolla is also safe to drive and sports a design (interior and exterior) young people would love. Not to mention the integrated Toyota Safety Sense for driver safety.

The Honda fit could be a perfect fit as a car for first-time drivers. It’s got the looks, the versatility, space (roomy interior) and extensive infotainment features.

You would love the configurable seats that Honda aptly call Magic Seats. You can fold them however you want, and this makes room to contain more cargo.

This feature is however available on recent models of the car. Honda Fit is also considered fuel-efficient and as a Honda car, repairs and replacement parts won’t cost much.

The IIHS has a rating system for cars. There are a variety of crashworthiness tests, crash avoidance and mitigation tests, among others – that lead to the final verdict (rating).

The highest being a Top Safety Pick+. The Mazda 3 has this award to its name. This sedan is safe to drive and that has a lot to do with its wide range of advanced driver safety features – all standard.

It is also fun to drive. There is not much cargo capacity but that won’t be sorely missed as the focus here are young drivers and not a family man.

The Toyota Tacoma pickup is like an overprotective parent – it’s huge and there’s a feeling of safety you get by just being inside.

It also has the off-road capability which could be very useful for first-time drivers who live in such areas. It’s got good ratings and the pickup is quite affordable, more so as a used car.

Of course, we must mention the overall quality of the Toyota brand that emphasizes its durability.

The Ford Mustang is a typical muscle car. This means high performance and powerful engines – which should immediately appeal to first-time drivers.

That said, its speed and performance are backed up by a good safety score by the IIHS. So it could be rugged on the road but it also has effective safety systems – some of which are optional though.

Overall, it is surely one of the best cars for first-time drivers. To save cost, consider getting the 2017 or 2018 models.

Are you surprised that Toyota is consistently appearing on our cars for first-time drivers list? Don’t be.

The brand just naturally stands out. This time, it is the Toyota Prius. If you love electric cars the Prius should easily appeal to you. It’s not all electric though, it’s a hybrid.

Choose this car and spend less at the fuel pump, and that’s if you even have to, because its electric power can go as far as 40 kph. Plug-in at home or a nearby charging station, which are scattered across Canada, and you are good to go.

Making it on our cars for first-time drivers list is the Nissan Sentra, a great car you can get at an affordable price.

It has a good amount of advanced safety systems to help prevent or manage crash situations effectively. This includes an automatic emergency braking system, stability control, airbags (including overhead airbags), pretensioners, and more.

The midsize Chevrolet Malibu features a fuel-sipping engine that will save running costs. It’s got spacious back seats – which is ideal for young college drivers with plans to frequently drive their friends to school or anywhere else.

It’s got an uncomplicated and intuitive infotainment system and integrated safety features. The base 1.5-litre engine is not so great though, but this could be a blessing in disguise. A powerful engine could make young drivers test the limits.

“We all drive. Some of us with standard confidence” – a tagline from the 2019 Ford webpage. The 2019 Ford Fusion has an impressive range of advanced safety systems.

Available in 5 trims – S, SE, SEL, Titanium, and V6 Sport. for the first-time driver, the Fusion SE would make a great choice. Ford’s Co-Pilot360 Assist is available here, giving the driver an option for voice-controlled navigation among other helpful features.

The ford Fusion legitimately earns a place as one of the best cars for first-time drivers.

Done and dusted! Which of these best-used cars for first-time drivers tickle your fancy? Feel free to share with us.