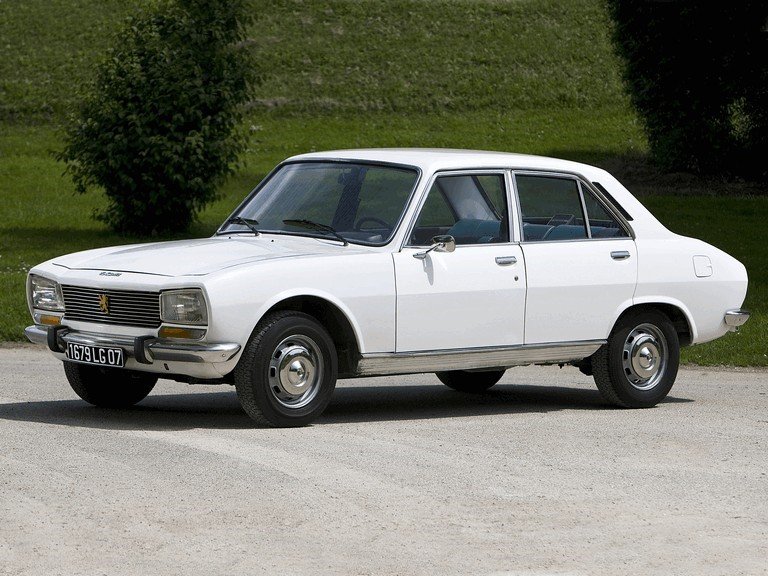 What are the Best Classic Cars Still Making Waves? 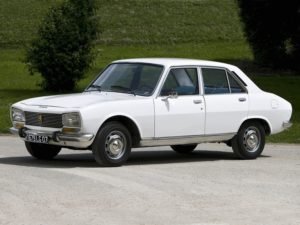 The Peugeot 504 is a rear-wheel drive, mid-sized classic car produced from 1968 through 1983. It was primarily produced as a four-door sedan or wagon. It also has a pick-up truck, coupe, and convertible variants.

Peugeot 504 was widely known in different parts of the world and was even the official car of several heads of states. This car was also reliable in different road conditions.

3 petrol engines were available: 1796 cc, 1971 cc four-cylinder engine, and a 1664 cc V6 engine. There was also the option for diesel engine paired with an automatic transmission, though this was rare.

For transmission, the BA7, four-speed manual, or the ZF three-speed automatic transmission were available. 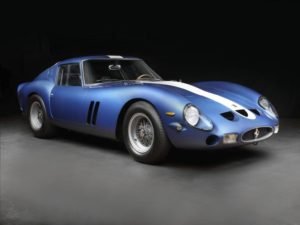 The Ferrari 250 GTO is a sports car designed by Ferrari from 1962 to 1964. Only 36 units were made. Though it was street legal, it was mainly used for racing and was one of the fastest and best classic cars of its time.

It featured Ferrari’s own Colombo V12 engine, paired alongside a five-speed manual transmission. This engine could generate 296hp and 219 lb-ft of torque.

As a first-hand buy, the GSTO costs as little as 25,000 CAD. Recently, there has however been a world record auction purchase when a 1963 model was sold at 97.6 million CAD. 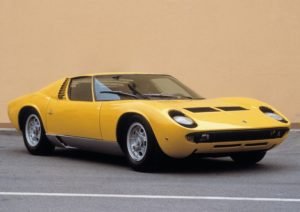 The Miura is a sports car produced between 1966 and 1973. This classic car was the first supercar with a rear mid-engine two-seat layout. This layout has gone on to be the standard for many modern supercars.

On the exterior, there was an eyelash design on the headlamps which distinguished it from others.

It used a V12 four-stroke engine with a rear-wheel-drive layout and a five-speed manual transmission.

You can purchase one via Lamborghini Club or other auction outlets where it is available. 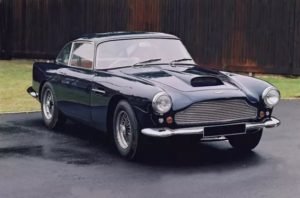 Work on the DB4 began in 1954. The design structure of this car was as a four-seater saloon. The convertible variant was however launched in 1961.

The DB4 utilizes a DOHC straight-six engine for power. This engine is capable of producing 240 hp and 240 lb-ft of torque. Paired alongside this engine is a 4-speed manual with optional overdrive transmission. 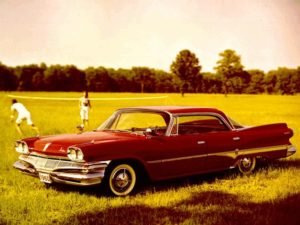 Production of the Dodge Phoenix was by Chrysler Australia from 1969 through 1972. It was the Australian assembled version of the American Dodge Dart. But unlike its American version, it is offered as a four-door sedan.

The rating of this engine was at 330 horsepower and 460 pound-feet of torque. It also has a top speed of 191.8 mph. This made stand out from other models in its day.

Pricing for this classic car starts at 5,000 CAD at various dealerships. 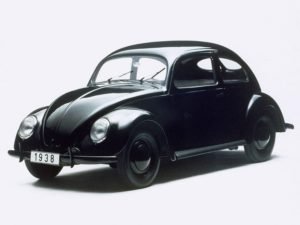 The Volkswagen Beetle, nicknamed the bug, is a compact, two-door, rear-engine car. Production for this car began in 1938 in Germany.

This car revolutionized the automobile industry. The design description of the Beetle was “a people’s car”, with the intent to endear the vehicle to families.

The Beetle utilized a four-cylinder, 1,594 cc engine. This engine was capable of generating just 50 hp and 72.4 lb-ft of torque. With the current standard in the automobile industry, this is not the best of engines. However, the Volkswagen Beetle was iconic in its time.

Thankfully, the idea of a Beetle has not been scrapped out, as there is currently a modern version with more advanced features. 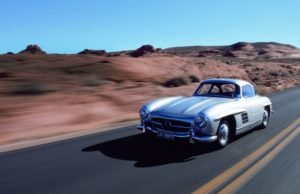 The 300 SL was an iconic coupe with a unique design. This classic car was incompatible with conventional doors due to its layout. Mercedes, however, solved this with the introduction of up-swinging gullwing doors.

Output was terrific in comparison with other cars of its time. Its 3-litre overhead camshaft straight-six engine was capable of producing 215hp with a top speed of 250 km/h.

For transmission, a four-speed manual gear was present. 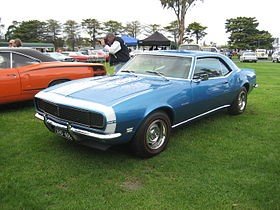 The 1969 Chevrolet Camaro was an American-made muscle car. It is one of the best classic cars of all time. There were three available trims; RS, SS, and Z/28.

Over the years, many transmission and engine types have been used. However, two engines were standard. A 3.8-litre straight-6 engine, rated at 140hp and 220 lb-ft of torque or a 5.4-litre v8 engine.

This car is still available as either a coupe or a convertible at certain outlets for as much as 97,000 CAD. 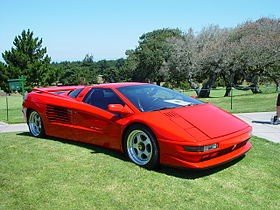 Built from 1991 to 1995, this Italian-made car was initially designed as the Lamborghini Diablo. It was however redesigned and rebuilt as a Cizeta when Chrysler purchased a stake in Lamborghini.

It used a 6.0L v16 engine paired with a five-speed manual transmission. Besides, it could reach a top speed of 204 mph while accelerating from 0-60 mph in 4secs.

In 1991, pricing for this classic car cost as high as 900,000 CAD. However, it can be purchased now via various auction platforms.

This classic car was designed as a convertible sports car. It debuted in 1966 with a front-engine, rear-drive.

It featured a five-speed manual transmission and a four-cylinder engine, capable of producing 89hp.

There are many units of this car around the world. The purchasing price at many classic car shops is from 22,000 CAD. 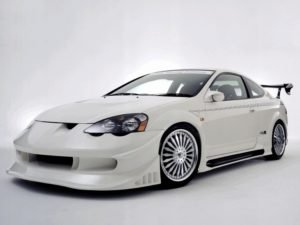 The Honda Type R models are special performance variants of Honda. They were initially designed for racing with an emphasis on weight and performance. However, they were later open to a wider market.

The Introduction of the Integra Type R was in 1995. It featured a 1.8-litre DOHC VTEC inline 4-cylinder engine. This engine was capable of producing 130 lb-ft of torque and 105hp. It also came with a 5-speed manual transmission.

It featured a reinforced body, revised springs, and more effective suspensions. Other features like vanity mirrors, rear wipers, and cruise control were removed to save weight and improve performance.

Currently, you can still pick up one for around 7,600 CAD. 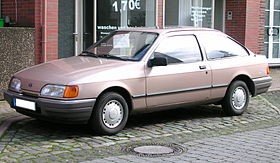 The Ford Sierra is a family-size car available from 1982 to 1993. This car had unique aerodynamic styling, making it way ahead of others in its time.

This car utilized rear-wheel drive with modern suspension. For performance, Cologne V6 engines and the Ford Pinto engines were initially used. These were however phased out and replaced with Ford 14 DOHC engine and a Cologne OHV v6 engine.

There was a diesel engine option, paired with a five-speed automatic transmission. 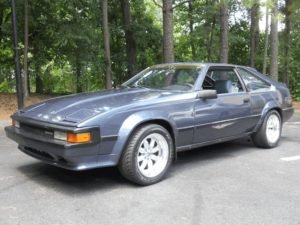 Toyota began the production of the Supra in 1978, in Japan. This car was initially codenamed the Celica XX before being renamed.

Also, drivetrain options were either a standard 5-speed manual transmission or an optional 4-speed automatic transmission.

The interior of this classic car had several convenient options. Such options included power windows, power locks, cruise control, and an optional sunroof.

In addition, a state-of-the-art stereo radio, analogue clock and tachometer was on the dashboard. 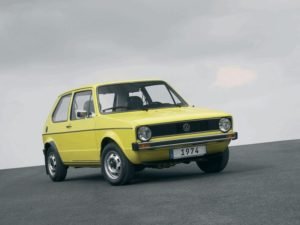 Production of the first generation Golf began In May 1974. With a front-wheel-drive format, this car was the replacement for the Volkswagen Beetle. In its era, the Golf was essentially one of the best classic cars found in garages.

Golf came with a 1.6-litre engine and a four or five-speed manual transmission. The engine was capable of reaching a top speed of 110mph. There were later upgrades to the engines and transmission.

Also, the Golf franchise has not been phased out as you can still find recent models in different outlets. There is a 2019 model with upgraded features. 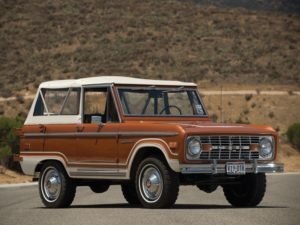 Production for the first-generation Ford Bronco began in 1966 through 1977. The design intent of this car was for it to be a compact SUV off-roader. This made it one of the best classic cars available as an off-roader.

Initially, it utilized a 2.8-litre straight-six engine. This was however phased out and replaced with better engines. In 1973 a 200 cubic inch inline-six engine became the standard. Paired alongside this engine was a three-speed manual transmission.

Today, this car costs as much as 40,000 CAD on different online outlets.

The 1800ES is a refined upgrade to the famous 1800. It featured an extended roofline, a newly designed rear, and increased luggage capacity.

With only 8,078 units produced, this 2-door 2-seater sedan was largely recognized for its haulage capability.

The starting price for this car is as low as 5000 CAD but can vary depending on the purchase outlet. 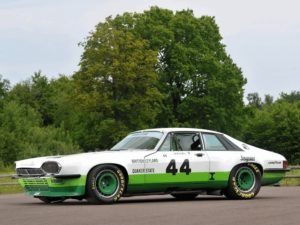 The XJ-S is a luxury car produced by Jaguar from 1975 to 1996. The different body styles available were the coupe, fixed, and convertible body styles. Also, the total production number was 115,413 units in three distinct variants.

The XJ-S was in a class of its own. It featured an uncommon 1.5L Jaguar V12 engine paired with a standard automatic transmission. A manual transmission was initially available but was later phased out.

This car could go from 0-60 mph in just 7.6 seconds with a top speed of 143 mph. Besides, it could be deemed as one of the best classic cars used for sports purposes.

Production of the Porsche 924 began in 1976. Manufactured by Porsche on behalf of Volkswagen, this classic car was the successor to the Porsche 914.

Uniquely designed, the body of this car was able to achieve good aerodynamics. To achieve this, it has a flat bonnet, black rear spoiler, and pop-up headlights.

The first engine used was from Audi, though Porsche later used its engine in 1986. This engine was a 2.5-litre four-cylinder in-line engine, capable of producing 160hp. The use of a four-speed manual transmission was the standard for its drive power.

Notable features of the 924 include the power unit, brake system, and aluminium wheels with telephone dial design. 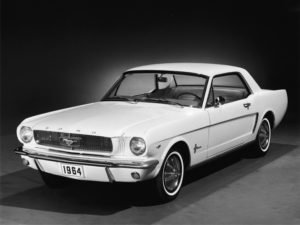 Produced in 1964, this 1965 Ford Mustang made its first appearance in the 1964 world trade fair. It was the beginning of a new genre of cars known as the pony cars. Asides this, it also came in convertible and notchback variants with plenty of customizable features.

The original engine lineup of this car consisted of the 4.3-litre V8 engine. This engine was capable of producing 271 horsepower but was however revised in later models.

Pricing for this car starts at 35,000 CAD but may differ in various outlets. 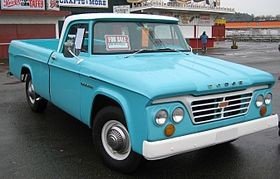 Manufactured as a line of pick up trucks, production for the Dodge D series began in 1960 through 1993. It came in two variants: two-door and four-door styles. It was mainly used for freight and haulage services.

For performance, this truck utilized a standard 5.2- litre V8 engine with a three-speed manual transmission. At some point, these were later revised in other models.

In 1996, there was a clone called the D Fargo which was sold only in Canada. This model came with an improved bed and engine capacity.