In theory, most people would love to buy a new car but the reality is that new cars are quite expensive and not everybody can afford one. Hence the need to opt for used cars.

But when you choose to buy a used car, it doesn’t have to be a disappointment. With the right research and knowledge of what to look out for, anyone can buy good used cars that fit into their budget.

To help you out on your mission to find a used car that works well, we created this list of the best-used cars under 15k. We have taken into account gas mileage, reliability, comfortability, driving experience, style, as well as the price itself. You can get all these boxes ticked in a used car under 15k. Read on to learn more about them.

Read about the most reliable cars

See the fastest cars under $30k 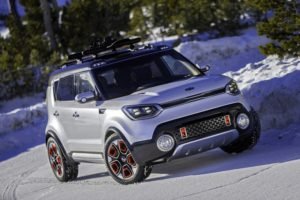 This is a car to love at first sight. It’s got style and fits well into our 15k benchmark. It is somewhere between a crossover and an SUV, maybe call it a compact crossover SUV. Apart from its obvious pretty frame, it has got a strong engine, ample cabin and cargo space, a lush interior, and drives just fine. 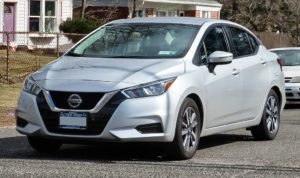 One of the highest points of a used car is how reliable it is. The reason is simple, it’s already racked some miles and has probably been through hell from the previous owner. So you need a reliable car like the Nissan Versa. You also get great fuel economy numbers from this small sedan, seating for five people, and massive trunk space. 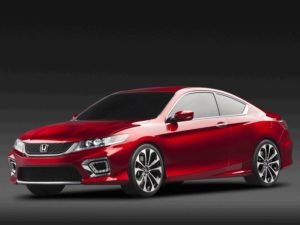 The 2012 Honda Accord is an affordable midsize car with excellent safety and reliability ratings. You can get a used one for under $15k. It doesn’t have a roomy trunk but makes up for this with a spacious cabin. This model year is available in sedan and coupe body styles you’d find these in three trims: LX, EX, and EX V-6. For more standard features, the EX trim would prove a better choice. 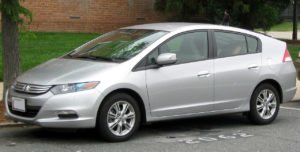 This hybrid Honda Insight may not accelerate in microseconds or hit top speeds with the aid of 200 horses but it does have two things going for it. An excellent safety score and a very impressive fuel economy. Its fuel rating is one of the highest in its class. The interior is well-built but lacks enough space, and you might prefer the higher LX trim as it has more standard features like Bluetooth and a USB port. 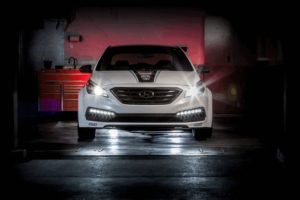 A reliable car also gives an assurance of safety. In other words, you can rely on it to keep you safe in the event of a crash. The 2016 Sonata scores high for crash tests and is therefore reliable and safe. It’s also got a more powerful engine than most on this list and still makes good on gas mileage. It’s certainly one of the best-used cars under 15k. It’s worth a deeper dive. 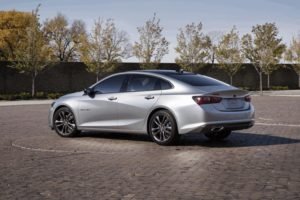 The 2015 model year of the Malibu saw the introduction of a standard Wi-Fi hotspot, rear traffic alert and rear parking sensors. It is a practical midsize car with excellent safety and reliability ratings. The infotainment system is easy-to-use and the trunk sports ample space for large items. But the backseat isn’t spacious at all. Taller folks may have a hard time fitting in at the back. 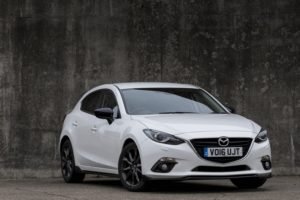 The Mazda 3 is a practical, fun-to-drive, and stylish car – that you can get under $15k. In terms of reliability, Consumer Reports places the Mazda 3 on a high pedestal compared to most cars. It also gets great ratings from the IIHS, so safety is good too. You can have this car in either sedan or hatchback body styles. 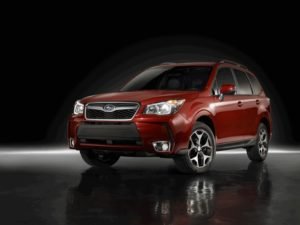 SUVs are expensive but you can pick up the 2014 Forester with a $15k budget. If you fancy an all-wheel-drive experience, have a thing for reliable cars, and venture off the road more often than you can remember, this Forester would make a great choice. It’s a simple but sturdy vehicle. It doesn’t wane drastically as the miles stack up and is a very likeable car; these reviews merely state the obvious. Other perks to live for include its high ground clearance, visibility occasioned by huge windows, and great traction. 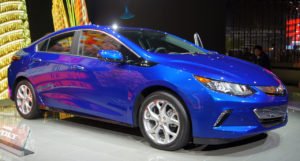 This hybrid is without a doubt one of the best-used cars under 15k. A hybrid with an all-electric range of 53 miles is an amazing feat and a huge boost to its owner. For one, fuel costs would be incredibly low or non-existent unless you’re the type to travel many, many miles. Even then, there’s a backup engine to keep the car moving to your destination. And the ride is quite enjoyable, bolstered by a refined cabin and safety features. 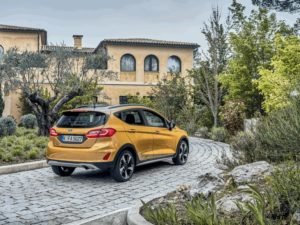 Looking for a practical car that won’t cost more than $15k? The Ford Fiesta fits the bill. The Fiesta comes with Ford’s Sync system which features a Bluetooth and voice control for your phone. It is offered in 2 body styles, a sedan and a hatchback. There are 3 available trims, S, SE, and Titanium. Although there is a higher-performing ST model that is available on the hatchback. 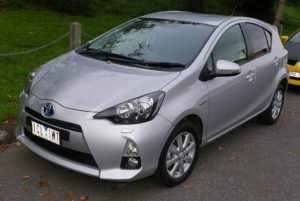 Hybrid cars are here to stay, and as of 2014, this Prius made a bold statement with its introduction to the market. The Prius still tops charts with recent models but you want to opt for this 2014 model that fits your budget. The Prius is eco-friendly and its hybrid nature helps you get more gas mileage while spending less at the pump. It’s also not lacking on the reliability front. As a Toyota car, you can expect nothing less. 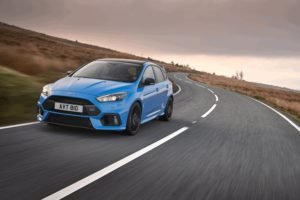 One of the best-used cars under 15k is the Ford Focus. It’s a versatile four-door sedan and hatchback with lots of standard features. These include automatic headlights, a rearview camera, a 4.2-inch infotainment display, and a hill-start assist, among others. Its 2.0L engine is strong but there’s an available turbocharged 1.0L option for more power. For even more power, consider opting for the 252hp Focus ST. 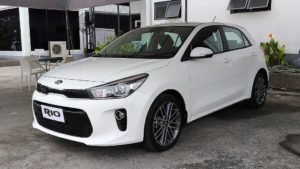 Any Kia Rio is a great choice for a used car but this particular model stands out in many ways. It’s not too recent to exceed our 15,000 CAD mark, and not too old to pack a good amount of modern tech features. The Rio is available in sedan and hatchback body styles and has fuel-economy for days. The hatchback model has significantly more trunk space than most other cars in its class. 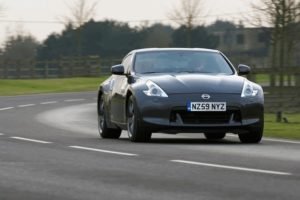 10 years ago, the 370z performance car was born. This is a car that provides a thrilling experience for performance car lovers. If you’re one of them, you’d love it too. And all of that performance and speed doesn’t come at a high price; you can still find a good used one under $15,000. 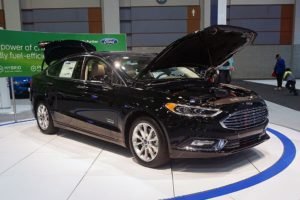 This Ford Fusion is fused with some of the most amazing features anyone would find appealing in a used car. It has a variety of engine options and hybrid models to choose from. If you prefer fuel economy to any other thing, a hybrid model should do it. The V6 Sport trim comes with a powerful turbocharged 2.7L V6 that churns out 325 hp. If opting for this trim takes up the price beyond 15,000 CAD, opt for a lesser trim. 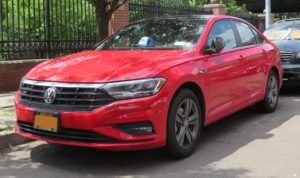 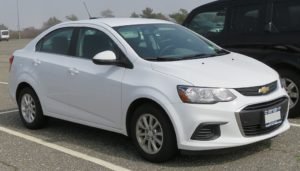 In 2018, for a car of this class to have smartphone integration was a big deal. Although this feature is a normal addition in newer cars, it would be great to have this in a used car. The Sonic has a surprisingly spacious cabin and its optional engine packs a punch. Plus, the fuel economy is nothing to worry about. Sonic also gets excellent crash test scores from IIHS. Look no further than this Chevy Sonic for the best-used cars under 15k. 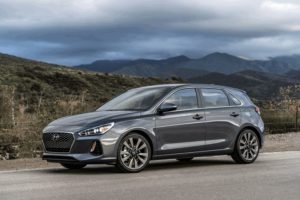 This model year Elantra is a feature-rich machine. It offers a wide range of tech and safety apparatus. But we can say the same for its performance. The base engine’s performance is languid and uninspiring. The ride, however, is comfortable. There are 6 available trims. Choose the SEL to have a balanced experience. Eco and Sport emphasize fuel-efficiency and turbocharged engine respectively.

If you choose to opt for a Veloster, pick the Turbo R Spec. The base and Value Edition are good but not as balanced as the Turbo version. First, you get a high-performing turbocharged engine, then a navigation system, sport-like suspension, and an 8-speaker top-quality audio system. The Veloster is however not ideal for tall folks, due to the low roofline of the backseat. 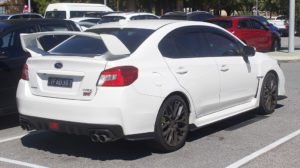 To round out our list of best-used cars under 15k is the Subaru Impreza. Its standard all-wheel-drive allows for nimble handling and superior traction even in unfavourable conditions. The Impreza also comes with several advanced safety features. At a price under $15k, this car is certainly worth every penny.