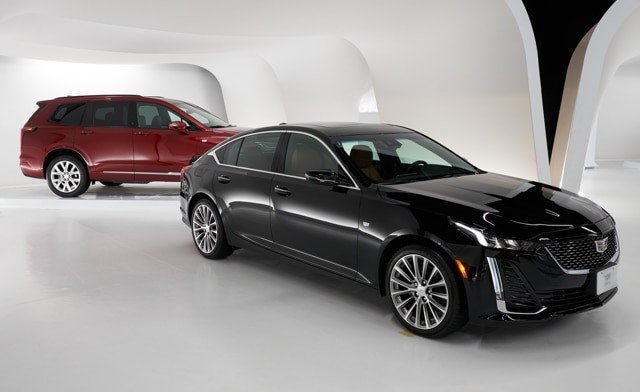 Forget about what you were told, not all luxury cars are expensive. You don’t have to spend your life savings to buy a luxury ride. In this post, we have compiled the coolest and cheapest luxury cars in the market. Surely, you’d find something that matches your taste on this list. Shall we? 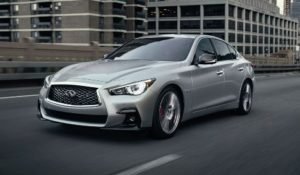 The Q50 is Infiniti’s entry-level luxury sports sedan that debuted in 2014. This model is one of its least priced yet luxurious variants.

For the 2020 model, in particular, it is beautifully built with a comfortable interior. It also comes with many high tech safety and driver-assist features.

There are five trim levels; 3.0t Pure, 3.0t Luxe, Edition 30, 3.0t Sport, and Red Sport 400. It utilizes a twin-turbocharged 3.0-litre V6 engine. This engine is capable of producing 400 hp and 350 lb-ft of torque. A seven-speed automatic transmission sends power to its rear wheels. 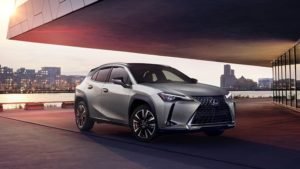 Discover agility and brilliance in the Lexus UX. This car offers comfort and plenty of modern features.

The interior of the UX is beautifully crafted with high-grade leather seats. It can also comfortably seat up to five people. It also comes with two complete LATCH connectors to strap children in.

The UX comes with modern safety, infotainment, and driver-assist features. Access and control over these features are via its 7-inch and 10.25-inches touchscreens. It has also passed IIHS and NTHSA safety tests.

The fuel efficiency of the UX wins the day. Powered by its 169 horsepower four-cylinder engine, this car has a 29 mpg rating in the city and 37 mpg on the highway. It utilizes a Continuous Variable Automatic Transmission. 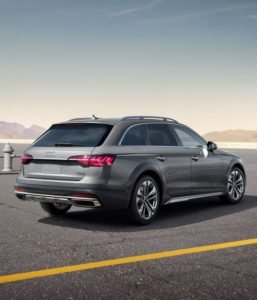 The Audi A4 Allroad is a rugged luxury car. With a starting price of 62,930 CAD, this car is also affordable. It boasts of a comfortable interior and sleek exterior design.

Power is via a 2.0-litre turbocharged all-wheel drive four-cylinder engine. This engine is capable of producing 248 hp and 273 lb-ft of torque. It uses a seven-speed automated manual transmission.

This car boasts of many infotainment features to keep you company during a journey. There are also numerous safety and driver-assist features.

The estimated mileage is at 25 mpg in the city and 31mpg on the highway. 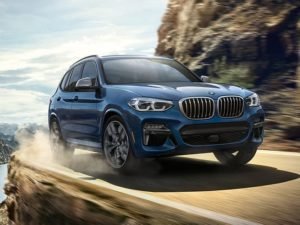 The BMW X3 is a comfortable luxury SUV. It is beautifully designed with enough cargo space.

The X3 comes in two trims; the xdrive30i and the sdrive30i. Powering both are 2.0-litre BMW twin power turbo inline 4-cylinder engine.

This engine is capable of driving the car from 0-60mph in just 6 seconds with 248hp. It uses an 8-speed sport automatic transmission.

The X3 features an ample supply of safety equipment, infotainment, and driver-assist features. The estimated mileage is at 24 mpg in the city and 29 on the highway. 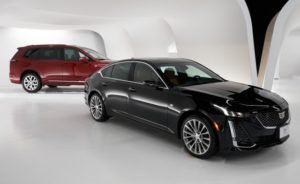 Isn’t it thrilling to have such a luxury brand at an affordable price? This car has been tuned to create an optimum balance of comfort and performance.

For this car, styling is at its highest – both exterior and interior-wise. Four variants are available; Luxury, Premium Luxury, Sport, and V-Series. All variants feature exciting safety and infotainment features.

The estimated mileage is at 26 mpg combined. Pricing for the base model starts at 52,000 CAD.

Though relatively unknown, Buick is not easy to beat. The Buick Regal GS is a sedan. It is sleek and comfortable.

Paired with a 10-speed shiftable automatic transmission, this engine is capable of achieving an estimated mileage of 19 mpg in the city and 27mpg on the highway. 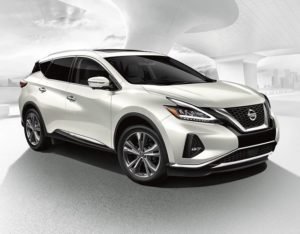 The Nissan Murano boasts of elegant exterior and interior designs. It is further equipped with standard automatic features that ensure all-round performance.

There is enough space to seat up to 5 people comfortably and the cargo is very accomodating.

The Murano is equipped with a 3.5-litre V6 engine for an enthralling performance. This engine is capable of delivering 260hp and 240 lb-ft of torque. Nissan’s Continuously Variable Transmission mode is paired with it for seamless gear transition.

With this engine, this car can automatically switch from a two-wheel drive to a four-wheel drive and vice verse. 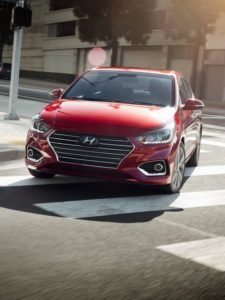 The Accent is a compact size, very affordable sedan. The smart tech you can’t do without, safety features you can depend on and beautiful design you can delight in – this car has got it all.

A Gamma GDI 1.6-liter four-cylinder engine equips it with 120hp. This engine is capable of producing an estimated mileage of 36mpg combined.

What’s more? Purchasing any of the 3 trim levels available comes with complimentary maintenance from Hyundai. This maintenance is for 3 years or 36,000 miles – whichever comes first. 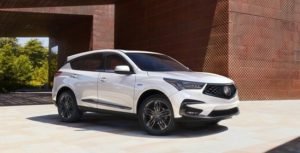 The 2020 Acura RDX is a midsized SUV that delivers optimum performance along with luxury. It features a uniquely crafted exterior with a beautiful interior.

Though not offered in trim levels per se, it comes as a single trim level in three options; Technology, A-spec, and Advance. 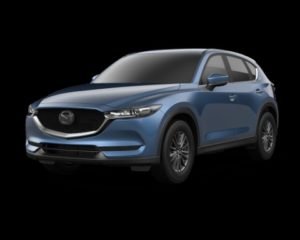 Offered in 5 variants, this crossover SUB combines style and comfort with affordability. It can seat up to 5 people comfortably and has enough cargo space. Its base cost is 35,540 CAD.

The CX-5 is beautifully designed with up to date technological features. It is also NHTSA rated for safety.

A 2.5L 4-cylinder engine powers it. Paired with a six-speed automatic transmission and seamless gear transition. It is also capable of producing 187 hp and 186 lb-ft of torque.

The estimated mileage is 24 mpg in the city and 30 mpg on the highway. 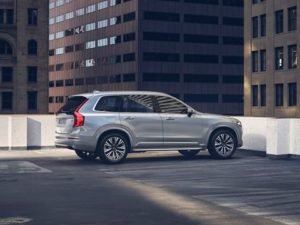 With a premium design and a wealth of technological features, the XC90 stands out as a sophisticated SUV.

It has seven seats with a fairly large cabin and enough cargo space. It is also equipped with modern infotainment and navigation utilities and has a high safety rating by the NHTSA

The XC90 comes in three trims with several submodels. It is also available with three engine options; T5, T6, and T8.

An eight-speed automatic transmission is standard on all trims. The estimated mileage is at 21mpg in the city and 30 mpg on the highway. 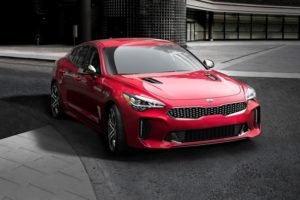 The Kia Stinger is a luxury car with a sporty feel. It is available in four trims; GT line, GT, GT 1 and GT 2.

The base model, GT line utilizes a turbocharged 2.0-litre four-cylinder engine, capable of producing 255hp and 260 lb-ft of torque.

An eight-speed automatic transmission is paired with the engine.

This car is IIHS rated for safety and comes with several driver-assist and infotainment features. 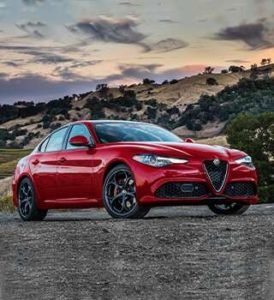 With the Guilia, you can still enjoy that exotic flair in a car at yet an affordable price. There are 5 variants. Each variant comes fitted with standard technological features.

It is also powered by a 2.0-litre turbocharged four-cylinder engine. This engine is capable of clocking an estimated 32mpg combined mileage.

The Guilia has many safety features and has been crash-tested by the IIHS for safety. Pricing starts at 57,000 CAD. 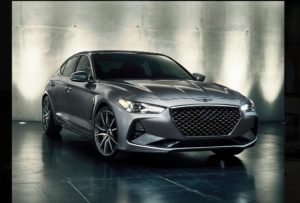 The G70 is a luxury sports sedan. It offers a pleasurable experience thanks to its excellent build and interior quality.

This car accelerates from 0-60 mph in 4.7 seconds. Mileage is estimated at 22 mpg in the city and 30 mpg on the highway.

Genesis G70 has been crash-tested and safety certified by the IIHS and comes with several driver-assist features.

The Jaguar XE is a premium sedan. It comes in two trim levels; S and R-dynamic S. Both trims feature an elegant build and can seat up to five people comfortably.

It also has many safety, driver assist, and infotainment systems.

A 2.0-litre turbocharged 4-cylinder engine paired with 8-speed automatic transmission power this car. The estimated mileage is at 25 mpg in the city and 34 mpg on the highway.

This engine is capable of producing 247hp and 269 lb-ft of torque. 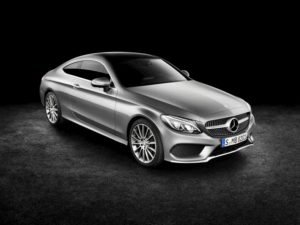 Distinguished for its beautiful design, impeccable interior, and optimum performance, the C300 lets you feel ahead.

It can seat up to five persons and has enough space for cargo. It has various driver-assist and safety features.

Together with modern technological infotainment systems, you have assured a pleasurable ride.

The C300 uses a 2.0 inline-4 turbo engine, paired with a 9G TRONIC 9-Speed Automatic Transmission for power. This engine is capable of generating 255hp and 273 lb-ft of torque. It is also capable of accelerating from 0-60 mph in 5.7 seconds.

The estimated mileage for this car is at 24 mpg in the city and 35 mpg on the highway. 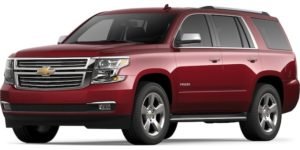 The Tahoe offers bold styling and modern safety and technological features. It has a commanding exterior and a finely crafted interior that can seat up to nine people with enough cargo space.

Its engine is a 5.3-litre V8 that is capable of producing 355 hp and 383 lb-ft of torque. Also, a 10-speed automatic transmission pairs with this engine. It can also tow up to 8600 pounds in weight.

The estimated mileage is 14 mpg in the city and 23 mpg on the highway.

The Tahoe comes in three trims; LS, LT, and Premier with a starting price of 69,000 CAD. 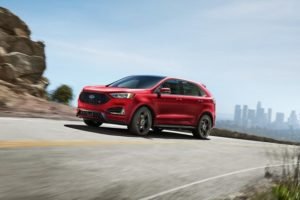 This car Is a luxury SUV. It boasts of a magnificent interior and beautiful exterior. It is capable of seating five people comfortably and has enough cargo space.

A 2.7-litre V6 Ecoboost Engine drives this car. This engine is capable of producing 335 hp and 380 lb-ft of torque. It also uses an eight-speed automatic transmission mode.

The estimated mileage in the city and highway is 21 and 29 mpg respectively.

Using this car, you are assured of safety as it has many safety and driver-assist features. It is also NHTSA safety certified. 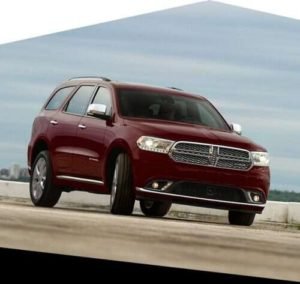 The Durango is a tough yet affordable SUV. It comes in five trim levels; STX, GT, Citadel, R/T, and SRT. Pricing starts at 43,394 CAD. It has seven seats and a three-row arrangement.

For transmission, it utilizes an eight-speed automatic transmission mode. The estimated mileage is at 14 and 22 mpg in the city and highway respectively.

For safety, this car has passed NHTSA testing and also has high-tech safety features. 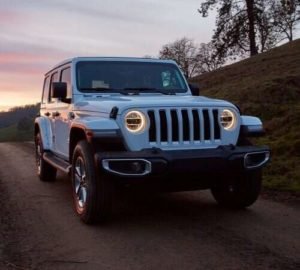 The Jeep Wrangler incorporates strength, technology, and affordability. It is sold in three primary trim levels; Sport, Sahara, and Rubicon.

It sports a classic exterior with a touch of ruggedness. Its interior is beautifully designed and is capable of seating up to five people with ample cargo space. The various infotainment features make riding pleasurable.

The estimated mileage is at 17 mpg in the city and 25 mpg on the highway.

For safety, the Wrangler has been crash-tested tested by the NHTSA and has various safety and driver-assist features.

There you go! Luxury and affordable cars all in one post. Which is your favourite? Do share!