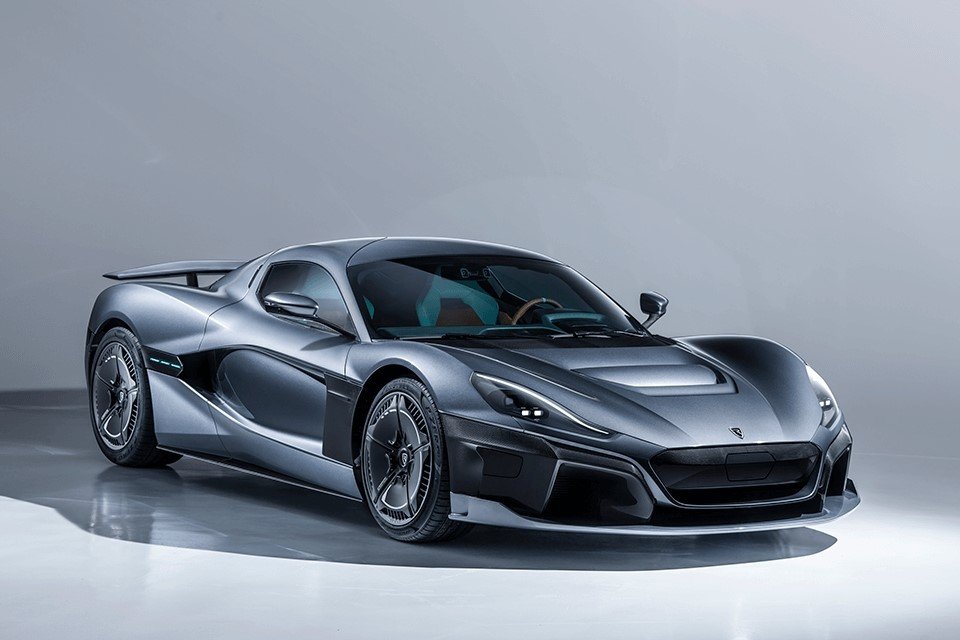 Being able to afford a car is basic but being able to own a supercar is exclusive. These supercars are not just like other cars. They are artworks on wheels.

Premium cars that are for the super-rich. 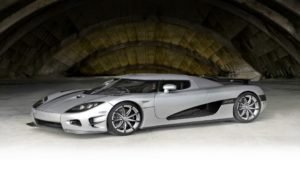 The Trevita is a two-door, two-seater, very exclusive model. Its coated carbon-fibre body design sparkles in the sunlight like tiny diamonds.

Not surprising, it features modern infotainment systems, safety systems, and easy to use driver-assist functions.

To power the Trevita, there is a 4.8 Litre Koenigsegg aluminium V8 engine with 4 valves per cylinder and double overhead camshafts.

For transmission, it utilizes a specially developed transversal paddle-shift gearbox. 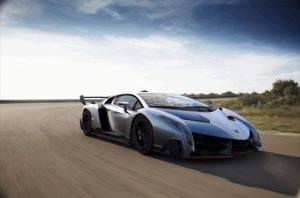 The Lamborghini Veneno is a limited edition car with a design taken from the Lamborghini Aventador. It utilizes optimum aerodynamics and lightweight carbon fibre design to deliver mind-blowing performance.

Dubbed a modern machine with a touch of humanity by its founder, Ralph R Debbas, the Lykan Hypersport is a car in its class. It is the most expensive car to feature in the popular Fast and Furious franchise.

Its hand-crafted carbon fibre body coupled with its angular styling gives it an exclusive look. Aside from this, it dazzles oncoming traffic with its white-gold and diamond plated LED headlamps.

The interior’s leatherwork is gold stitched. It is the first car to feature a holographic mid-air display with interactive motion control.

For power, it uses a unique boxer type, twin-turbocharged Flat 6 engine. Also, a six-speed manual gearbox is used for seamless gear transmission. This car can go from 0-62 mph in 2.9 seconds with a maximum speed of 245 mph. It is also capable of producing 750 horsepower.

To buy one of the 7 units ever produced, you’d spend around 4,700,000 CAD. You will also be gifted a Cyrus Klepcy watch valued at 280,000 CAD coupled with a concierge service. 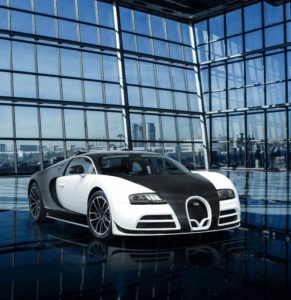 Launched in 2015, the Bugatti Veyron is regarded as a supercar of superlative quality. This supercar poised a real challenge for developers because of the level of quality and detail in its specification.

For transmission, it uses a 7-speed direct shift automatic dual box clutch gearbox which is the fastest gearbox in the world. Buying this car will set you financially backward by 1,800,000 CAD only.

Driving the LaFerrari is an experience on its own. This hypercar features a battery and two electric motors with no less than 120 individual battery cells packed into 8 modules. Every aspect of its interior is well sculpted and detailed to the last piece.

It is also uniquely designed with massive air-inlets on its exterior to keep it cool. The charging port for the batteries is on the right and the fuel fillers on the left.

With a 6.7 litre engine on one side and the electric motors on the other side, this hypercar is capable of generating up to 949 hp and 664 lb-feet of torque. The LaFerrari is capable of going from 0-60 mph in 2.6 seconds with a top speed of 217 mph. 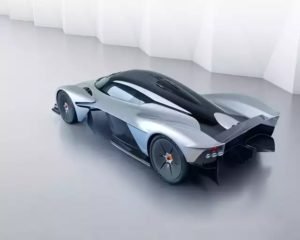 Aston Martin Valkyrie is a product of a collaboration between Aston Martin and Red Bull Racing.

The interior seats are specially made to fit the owner’s body via 3d scanning. It also features a removable steering wheel. 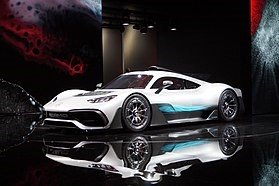 The Mercedes AMG One is a hybrid two-seater car. This car is designed to bring the Formula One experience to the streets. Its cockpit is well set, with a large wheel arch and an extensive tail.

Moving inside, its interior is an infusion of elegance and modern technology. It features two bucket seats clad in a futuristic style.

For performance, it boasts an all-wheel-drive with a hybrid-drive rear axle drive system. Powering it is a 1.6-litre V6 engine with direct injection. For transmission, it utilizes the AMG SPEEDSHIFT 8-speed manual transmission. 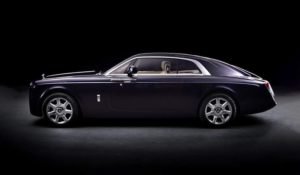 There are cars and there are supercars! The Rolls-Royce Sweptail is indeed a supercar in all ramifications. It is a 2-door full-size luxury hand-built coupe.

It features a unique curved back design and a glass roof that extends to its trunk. The interior is a mixture of white leather and dark wood finishes. It features a champagne cooler space and two champagne flute spaces.

It utilizes a 6.7L V12 engine for power and a ZF 8-speed automatic transmission.

Rolls-Royce Sweptails is an exclusive vehicle. This car has many features but only a few are known. 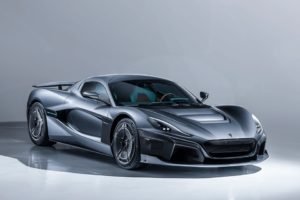 The Rimac C Two is a fascinating electric GT hypercar. This car is beautifully designed. It incorporates Rimac’s signature “tie” on its sides which acts as an air inlet.

Its lightweight alloy wheels are uniquely designed to channel cooling air into its ceramic braking system. Besides this, its butterfly doors allow for a dramatic entrance. The interior is very spacious with state-of-the-art technological, safety, and driver-assist features.

This car can accelerate from 0-60 mph in just 1.85 seconds – how interesting! This makes it one of the fastest accelerating cars ever. Also, it has a top speed of 258 mph.

For performance, it utilizes liquid-cooled permanent magnet synchronous electric motors coupled with a 20 kWh battery. These ensure maximum performance with a negligible drop.

Besides, it takes about 30 minutes to charge up to 80 per cent. 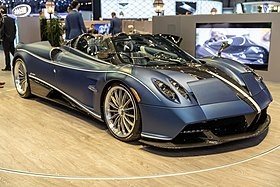 The Huayra is a limited two-variant hypercar – a two-door coupe and a roadster. It got its name from a South American god, Huayra Tata. It uses a seven-speed sequential gearbox and a single disc clutch for seamless transmission.

The exterior design incorporates active aerodynamics to achieve optimum driving performance even in extreme braking situations. It can go from 0-60 mph in just 2.8 seconds with a top speed of 238 mph.

To achieve this, it uses a 6-litre twin-turbocharged M158 V12 engine, specially designed by Mercedes-AMG.

This engine is also capable of producing 720 hp and 738 lb-feet of torque. Estimated mileage is at 10mpg in the city and 14mpg on the highway. 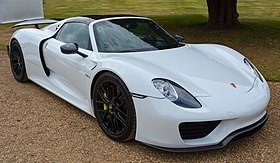 The Porsche 918 Spyder is a combination of efficiency and performance in a hypercar.  The body is designed with carbon-finer-reinforced plastic which ensures its strength and lightweight.

It also features a manually removable roof that can be easily stored in the trunk. Its tires are made of a mix of carbon fibre and magnesium to achieve stability and easy manoeuvrability.

A 4.6 litres V8 engine and two electric motors are responsible for powering the 918. The Spyder is capable of producing a total of 887 horsepower; rear electric motor, 154hp, and the front electric motor, 127 hp. For performance, the Spyder can go from 0-60 in 2.2 seconds with a 217 mph top speed. For transmission, it uses a 7-speed dual-clutch transmission.

As a fast machine, it also needs a matching brake system. It utilizes the Porsche Ceramic Composite Brake (PCCB) to achieve effective braking even in tight corners. 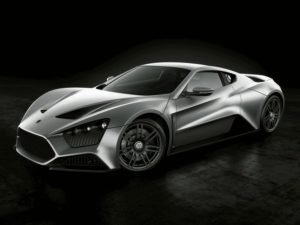 The Zenvo ST1 is the first model produced by Danish Company, Zenvo Automotive. Produced in 2006, it is a high-performance sports car. It is entirely handcrafted except for the CNC router.

Zenvo manufacturers made its entire body of carbon fibre. They also adopt a traditional Danish style for the interior. It comes equipped with satellite navigation, keyless entry, and other safety and driver-assist features. 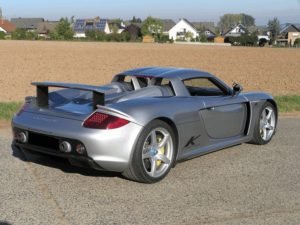 Though not the flashiest of hypercars, the Porsche Carrera GT is from a generation not to be ever seen again.

For power, it features a 5.7-litre V10 engine capable of generating up to 604 hp and 435 lb-feet of torque. Transmitting this power is a 6-speed manual transmission. 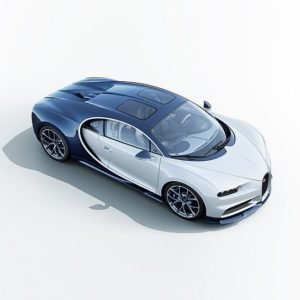 Worthy of another mention, Bugatti is indeed a brand for the super-rich. The Chiron is the fastest and most powerful model in Bugatti’s history.

Bugatti utilizes carbon fibre to design the body of this hugely impressive car. It features a C bar and horseshoe grille that still characterizes it as a Bugatti.

The Chiron features a SkyView option that allows natural light to enter the cabin via the glass roof. In the interior, there is an illuminated C-line that separates the two seats. There are interactive controls and driver-assist features for optimal driver experience. 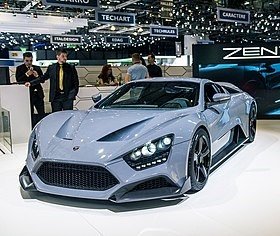 Zenvo ST1 is different from the Ts1 GT. This car is a hypercar with class. It features a flattened hexagonal design on the outside amidst its six-sided interior.

The interior further boasts of more hexagonal features like its navigational screen and the stitching in the seats.

For its class, there are different safety and driver-assist features that ensure seamless driving. It features a 5.8-litre supercharged V8 engine. This engine is capable of producing up to 750bhp.

For transmission, it utilizes a 7-speed paddle-shift transmission mode. Besides, this car is capable of going from 0-60 mph in just 3 seconds with a top speed of 233mph. 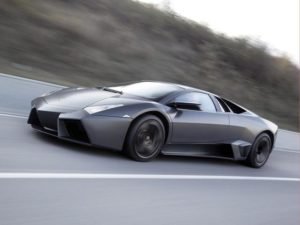 The F-22 Raptor fighter jet inspires the design of the Reventon. It features a carbon-fibre exterior with exclusive greenish grey paint. It also features alloy wheels with carbon fins and all-LED headlights for its exterior.

For its interior, there are unique carbon fibre seats and steering.

A 6.5L V12 powers the Lamborghini Reventon. The all-wheel-drive Reventon is capable of producing up to 650 horsepower and 487 pounds of torque. The car transmits power via a single-clutch automated -manual transmission.

Mileage estimates are 9mpg in the city and 14 mpg on the highway. Besides, it can go from 0-60mph in just 3 seconds. 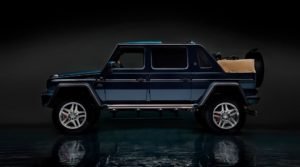 This car is a masterpiece of technology. It offers a stylish form to open roof motoring.

Its front seats are accommodated under the closed roof and the rear seat passengers can enjoy an open view. This is due to its electronic foldable roof. Also, the interior boasts of high-grade upholstery, safety, infotainment, and driver-assist features.

Powering this car is a Mercedes-AMG V12 Biturbo engine, capable of producing up to 630 hp and 1,000 Nm of torque. With just 99 units made, purchasing one will set you back financially by just above 2,000,000 CAD. 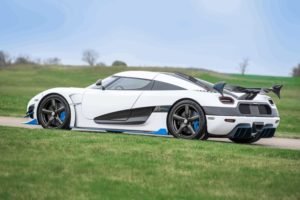 If you are a lover of expensive art, then the Koenigsegg Agera is for you.

The car manufacturers designed the body frame of the Agera with reinforced Kevlar, giving it an ultra look. Besides, it has a state-of-the-art interior with matching technological features.

With power coming from the 5-litre twin-turbocharged v8 engine, this car can produce up to 947hp and 1,100Nm of torque.

For transmission, it utilizes a seven-speed dual-clutch with paddle shifters. The top speed for this car is 249 km/h. Besides, it can go from 0-60mph in under 2.8 seconds. 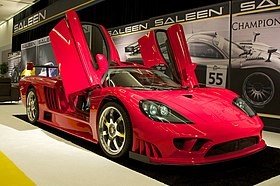 For the exterior, the manufacturers use high-grade carbon fibre, spoilers and vents to create balanced aerodynamics.

On the other hand, Saleen drapes the interior in leather and aluminium fittings. As a result of its mid-engine setting, it has two trunks at the rear and front. Also, the driver’s seat is at the centre to ensure visibility while driving.

For performance, the Saleen S7 utilizes a 7-litre Ford Windsor twin-turbocharged, naturally aspirated V8 engine. This engine is capable of accelerating from 0-60 mph in just 2.8 seconds. It has an estimated top speed of 220mph.

This engine generates up to 550 hp and utilizes a 6-speed manual transmission mode. 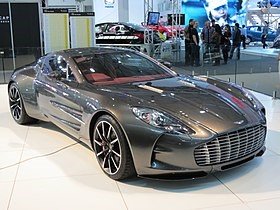 Last but not least on our list is the Aston Martin One 77.  This hypercar stands out from the rest for a lot of reasons. Little wonder the Dubai Police force has one in its collection.

This car is a revelation of Aston Martin’s taste for design. The automakers use Aluminium and Carbon fibre to design the frame. Powering it is a 7.3-litre V12 engine, capable of producing 759 horsepower and 553 pound-feet of torque.